MING CAMPBELL APPOINTED TO OLYMPICS BOARD 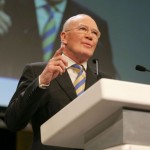 Member of Parliament for North East Fife and Former Olympic athlete Sir Menzies Campbell has been appointed to the Olympic Board for London 2012.

Ming ran the 200m for the GB team at the 1964 Tokyo Olympics and was captain of the UK Athletics Team 1965-66. He also captained the Scotland team at the 1966 Commonwealth Games in Jamaica. 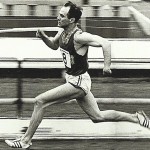 The Olympic Board provides oversight of the entire London 2012 Games project.

â€œI am delighted to be associated with the forthcoming Olympic Games in London. Not only will it be a magnificent sporting occasion but it is an excellent opportunity to inspire the athletes of the future. I am very much looking forward to playing my part in making these Olympic games a success.â€

This entry was posted in North East Fife, Olympics. Bookmark the permalink.

1 Response to MING CAMPBELL APPOINTED TO OLYMPICS BOARD