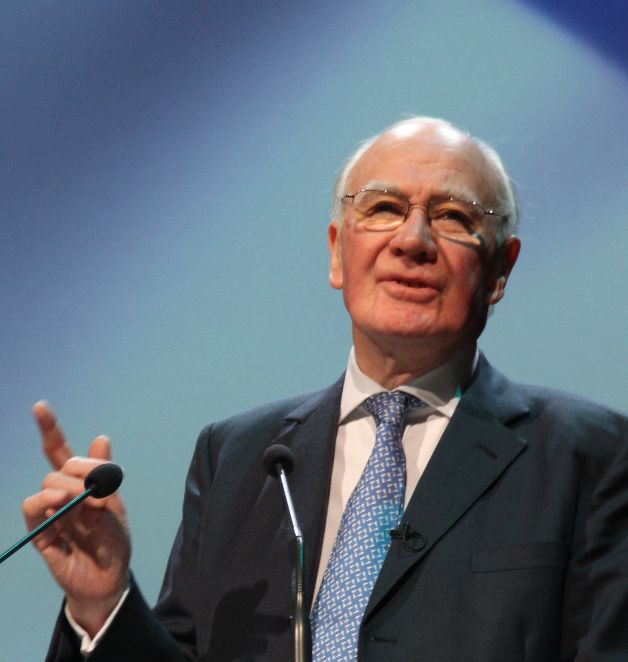 Sir Menzies Campbell MP has described the defence case for RAF Leuchars as â€œoverwhelmingâ€ ahead of the UK Governmentâ€™s imminent Strategic Defence Review.

The North East Fife MP, whose constituency is home to RAF Leuchars, said:

â€œThe Strategic Defence Review (SDR) is long overdue. The process poses questions about Britainâ€™s future foreign policy objectives and defence capabilities necessary to achieve these objectives. These wider considerations will naturally have a direct effect upon defence installations and facilities throughout the country.

â€œThe defence case for Leuchars is overwhelming and I take every opportunity to say so. It is an essential part of Britainâ€™s air defence and by its strategic location it is able to provide the cover required for the Quick Reaction Alert (QRA) which has more frequently been required recently in response to incursions into UK air space from Russian aircraft.

â€œI have already made the case for Leuchars in writing to the Defence Secretary as part of the SDR and have emphasised that it is a long established front line air base with adequate capacity as evidenced by current plans for the deployment of three squadrons of Typhoon aircraft. The first of these, 6 Squadron, was stood up in the days immediately preceding the recent air show attended by approximately 50,000 spectators.

â€œMoreover, Leuchars has become in recent years more than just a fighter station. It now houses 71 TA Engineer Regiment and 58 Squadron of the Royal Air Force Regiment with several other military units. All of the capabilities presently located at Leuchars are essential to the defence of the realm and conveniently and strategically located together.

â€œThe work necessary for the reception of the Typhoon Eurofighter at Leuchars has been expeditiously and economically carried out, as indeed was the recent resurfacing of the runway. Leuchars is a station strategically placed and well equipped for its current multiple defence role.

â€œBut Fifeâ€™s position in the UKâ€™s defence framework is not limited to Leuchars. Rosyth also has an important role to play as it is poised to assemble the new aircraft carriers. I have repeatedly stated that I believe the UK needs these two new carriers as they have a great deal of flexibility and can adapt to widely varying military challenges. They can also make an enormous contribution to humanitarian and relief operations.
â€œShip building capability is vital for our long term national interest and when this is allied to military requirements, the case for the carriers is in my view unquestionable.â€