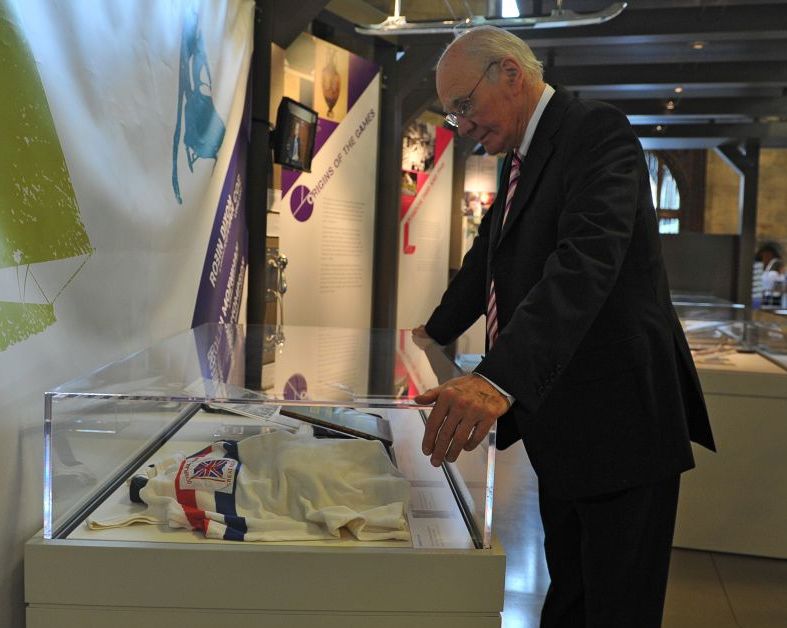 The Great Britain Olympic Team blazer and running vest worn by Sir Menzies Campbell MP when he competed in the 1964 Tokyo Olympic Games have gone on display in a new exhibition in the House of Commons.

The ‘Parliament and the Games’ exhibition charts Parliament’s contribution to the Olympic and Paralympic Games and celebrates the Olympic achievements of MPs and Peers. Sir Menzies’ vest and blazer go on display alongside Lord Coe’s running shoes, Lord Glentoran’s bobsleigh runner blade and a 1948 Olympic Torch.

“Seeing my running vest in a historical exhibition made me feel every one of the 46 years since I’d worn it, but I felt a lot happier when I found I could still fit into my blazer!

“Excitement is mounting as the 2012 Games approach. I am sure there will soon be a whole new generation of British Olympic achievement to celebrate.”

This entry was posted in Olympics. Bookmark the permalink.