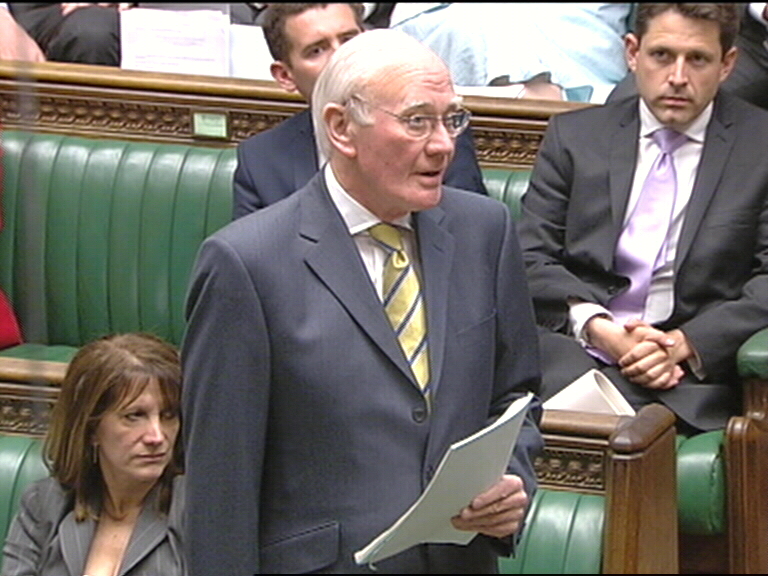 North East Fife MP Sir Menzies Campbell, as part of his continuing campaign for RAF Leuchars, took the opportunity at Westminster this afternoon to question the Defence Secretary about the logic of closing the base when it is â€œuniquely geographically positionedâ€ to best defend the northern airspace of the UK.

After questioning Liam Fox at Defence Questions in the House of Commons Sir Menzies said:

â€œI asked the Defence Secretary what possible strategic advantage there would be in closing RAF Leuchars when the base is uniquely geographically positioned to provide comprehensive air defence for the northern half of the UK.

â€œHe said that while no decisions have been made about what bases may close, the job of the Ministry of Defence is to determine â€˜what makes the UK the safestâ€™ and it will be making its decisions on â€˜what gives Britain the best defence networkâ€™. If this is so, the case for Leuchars is overwhelming and must be upheld.

â€œI will continue to make the defence case for RAF Leucharsâ€.