Campbell calls for more police for Capital of Culture 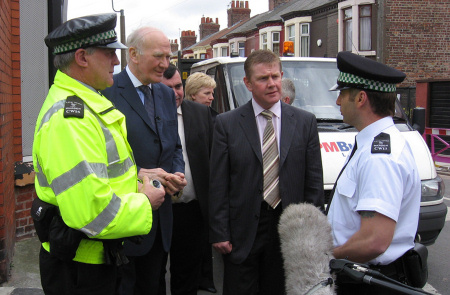 He highlighted the fact that Liverpool has now been turned down twice by the Government for 200 extra police officers during its year as the European Capital of Culture.

“This Government is already wasting £97,000 a day on an expensive, illiberal ID card scheme. This money should instead be spent on more police officers.

“It is astonishing that Liverpool in its year as the Capital of Culture has been turned down for additional police.

“Tessa Jowell said that ‘Liverpool will become a cultural beacon of the world’. Surely the Government has an obligation to do everything necessary to support Liverpool during 2008.

“Millions of visitors will come to Liverpool to celebrate it as the Capital of Culture. Large crowds need proper policing to prevent opportunistic crime, and these days, sadly, to protect against terrorism. Extra police officers are essential if next year is going to be a success.

“I hope that Tony McNulty’s visit to Liverpool today will persuade him to change his mind on this issue.”

This entry was posted in Crime, Media releases. Bookmark the permalink.