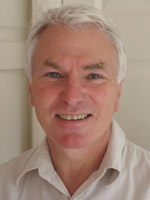 Newspaper and television journalist Mark Webster has been appointed as Senior Media Spokesperson to Menzies Campbell. The new post is the latest step in the modernisation of the Party’s communications capability which has been underway since Ming became Party Leader.

Mark has over thirty years experience as a newspaper and television journalist. During that time his career has included, political correspondent at Westminster, Leader writer for the Evening Standard, Financial Times journalist, Business and Economics Editor of Independent Television News and Bureau Chief in Russia and Ireland.

His appointment, alongside the imminent appointment of the new Head of Media for the Party, will complete the objective of creating a highly professional and integrated communications team in preparation for the next General Election.

“Mark is a highly experienced journalist and I am delighted that he has agreed to join our communications team. He has the perfect experience for this role and I know that he will make a significant contribution to our communications as we prepare for the next general election.”

“I am delighted to be joining the Liberal Democrats at such an exciting time in British politics. Menzies Campbell has provided the Liberal Democrats with a real sense of professionalism and direction. His vision of a fairer, freer and greener Britain and his consistent commitment to Liberal values offers a principled alternative for the country. I am greatly looking forward to helping to communicate that vision and sense of values.”

This entry was posted in Media releases. Bookmark the permalink.